Excerpt from
Shrunk: Crime and Disorders of the Mind 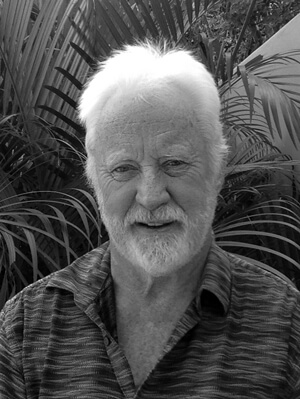 Donald Dutton PhD is Professor of Psychology at the University of British Columbia. He co-founded, in 1979, a court-mandated treatment program for men convicted of wife assault and used the men as research subjects for studies on domestic violence. He has published over a hundred papers and five books, including The Domestic Assault of Women (1995), The Batterer: A Psychological Profile (1995), The Abusive Personality (2006), Rethinking Domestic Violence (2006) and The Psychology of Genocide (2007)). He serves as an expert witness in civil trials involving intimate abuse and in criminal trials involving family violence. Dutton has provided numerous workshops to professionals based on his work, including talks at The Université Paris-Sorbonne, the U.S. Army at Walter Reed Hospital, Navaho Nation in Winslow, Arizona, the joint ABA-APA Taskforce on Domestic Violence in Washington, D.C. the US Department of Defense and the Department of Psychiatry at Rockefeller University, the World Bank and the International Monetary Fund.

On Christmas Eve 2007 in Carnation, Washington, a small town northeast of Seattle, Joe McEnroe and his live-in girlfriend, Michele Anderson sat down for dinner with Michele’s parents, Wayne and Judy Anderson. Joe and Michele hadn’t travelled far for the Christmas meal as they lived in a trailer a short distance from the parents’ home, on the parents’ property. Before enjoying their dinner, the family, including Joe, awaited the arrival of Michele’s brother Scott, Scott’s wife Erica, and their two children, Olivia and Nathan. While they were waiting for the rest of the family to arrive, Michele drew a gun and shot at Wayne but her gun jammed. Wayne, who was large man, charged at Michele and at that point, Joe drew his gun and shot Wayne. Then, apologizing to Judy, he shot her in the chest. Both were killed. Michele and Joe dragged Wayne and Judy’s bodies into a shed and re-commenced their wait for Michele’s brother and family. When Scott and his family arrived, Michele shot her brother Scott once. Then her gun jammed again so Joe shot Scott and Erica. To finish off the destruction, Joe shot the two children.
Joe and Michele left the four bodies where they lay and drove in circles for twenty-four hours in a state of confusion; driving south in an attempt to flee to Canada, instead of heading north to the border. Finally, they were stopped by the police near the crime scene and appeared flustered when asked routine questions. When taken into custody and interviewed by the police, they both admitted to the killings. Rationalizing the killing of the children, they said, “there would be no one left to care for them.” Eventually both Joe and Michele were charged with Aggravated Homicide which can carry a death sentence in Washington State. Both Michele and Joe faced the Death Penalty and were to be tried separately.
In March of 2008, about three months after the killings, I was contacted by Katy Ross and Bill Prestia, public defenders in Seattle who were representing Joe. I am a forensic psychologist who has appeared in many homicide cases, many of which involved a potential death sentence for the perpetrators. The most high profile of these was the O.J. Simpson case, where I was an expert for the prosecution.
I saw a newspaper photo of Joe and he looked Satanic—shoulder-length dark hair and a strange look in his eye. I expected the worst. I began the first of fifteen interviews with Joe in March of 2008 and these would continue until 2015 when he was finally tried for murder in Seattle. The interviews all took place in the King County Jail in downtown Seattle. I came to know the place well; the numerous locked doors and the routine of getting to a locked interview room and then having Joe brought in with wrist and ankle cuffs by two burly guards.

Encountering Joe
My first encounter with Joe defied whatever expectations I had formed based on the newspaper photo and description of the crime. He was excessively timid and had a speech impediment—he could not pronounce the letter ‘r’. Joe was also medicated during much of his pre-trial incarceration and was on strong anti-depressants. He experienced unrelenting guilt over the killings, and found it difficult, even after some time had passed, to describe the killing of the children, Olivia and Nathan Anderson.
The first interviews focussed on his upbringing; he was raised by his mother in California and he had never known his father. His mother had a penchant for men, she would even bring them home from the streets—men who were described by Joe as having a sign reading ‘will work for food’—and have loud sex with them in the tiny bachelor apartment she shared with Joe and his two siblings. Only a blanket separated the children from the loud sex.
Joe was basically put in charge of caring for and raising his siblings, since his mother was either out working or out looking for men. Joe’s unkempt appearance at school led to an investigation, when he was fourteen, by Santa Clara County, California Child Protective Services. The investigation report read, in part, “the family appears quite dysfunctional.