By Vic Sarin. Foreword by the Rt. Hon. Adrienne Clarkson

In Eyepiece: Adventures in Canadian Television and Film, brilliant Kashmiri/Canadian cinematographer and filmmaker Vic Sarin lays out the landscape of his life. As cinematographer, he captured the filmic beauty of many well-loved Canadian films such as Bye-Bye Blues (Wheeler, 1989), Margaret’s Museum (Zimmer, 1995), and also directed his own award-winning work such as Partition (2007) and A Shine of Rainbows (2009). The book charts his formative years at CBC television on shows like The Friendly Giant, Front Page Challenge and Telescope, and progresses through his extraordinary film and documentary productions; at CBC and outside CBC.
To Vic, film is a window to magic. Touching people with his art and celebrating the human side comes through in every chapter of the book, just as is comes through in every one of his films.
Vic’s trailblazing, ‘gung-ho’ approach to film making is remarkable and inspiring beyond any question of a doubt. His stories about working with John Lennon, Prince Charles, Christopher Plummer, Paul Gross, Helena Bonham Carter, Dennis Hopper, Indira Gandhi, Adrienne Clarkson, the Dali Lama and many others will captivate film professionals, film students, film buffs, as well as the general public.

Born in 1945 Vic is an Indian-born Canadian/American film director, producer and screenwriter. His work in cinematography includes Margaret's Museum, Whale Music, Nowhere to Hide, Norman's Awesome Experience, and Riel. He also has directed such fiction film as Cold Comfort, Partition, Left Behind, and Shine of Rainbows plus award-winning documentaries Hue, The Boy from Geita, and Keepers of the Magic. 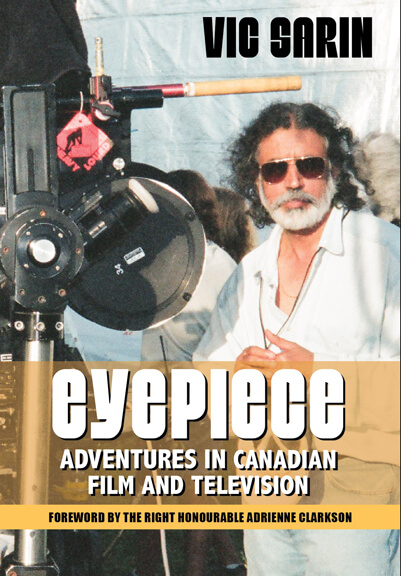