Reflections on the Revolution in the Legal Profession

Less Painful Duties is a sequel to C.D. Evans’ memoir A Painful Duty: Forty Years at the Criminal Bar. In Less Painful Duties, Evans reflects on truly revolutionary changes that have come about within the Canadian legal profession, in particular the Criminal Bar, over the past fifty years. Topics he covers include ascendancy of women in the profession, effects on criminal litigation of the Canadian Charter of Rights, Crown disclosure, legal aid and pro bono, Judicial appointments, Law Society governance, Human Rights tribunals, and the impacts of cell phone and computer technology.

It could be said that I had a particularly fortuitous vantage point from which to view the 20th century revolution – a view from the bridge, as it were – not only in my profession but in the world at large. I was born three months after the outbreak of the Second World War. When that unbelievable carnage was concluded, most of Europe and much of the rest of the world lay in ruins, their populations depleted, and Soviet-style communism descended. And it was all over for the class system. I was fortunate in emigrating to Western Canada, but keeping one foot in the old world of my English father. I served in the Canadian armed forces. My maturing years witnessed Korea, the Suez crisis, the liberation of former colonies, the rise of unions, the Cold War and the nuclear race, the Kennedy assassination (I was articling at Macleod Dixon; what were you doing?), The European Union, the ousting of dictators, the advance of prosperous flourishing democracies, the era of immense job creation, “consumer goods and leisure travel, gadgetry, mass spectator sports, and more available housing”, the rise of feminism and gay rights, the Canadian Charter of Rights, the dismantling of apartheid, space travel, the fall of the Berlin Wall, and the collapse of the Soviet oligarchy. Add to all that the rather negative developments of the Celebrity Adulation Culture and affirmative action. 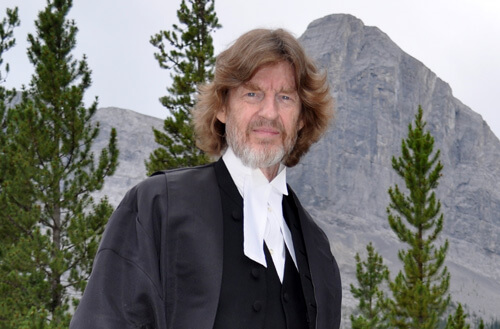 Christopher D. Evans QC practiced criminal law in Canada for forty years and is a Fellow of the American College of Trial Lawyers. He was a Bencher of the Law Society of Alberta for eight years and was appointed Queen’s Counsel in 1978. He has appeared regularly as counsel at all levels of court in Alberta and NWT as well as occasional appearances in the Supreme Court of Canada. C.D. Evans’ previously published titles include Milt Harradence: The Western Flair and A Painful Duty: Forty Years at the Criminal Bar 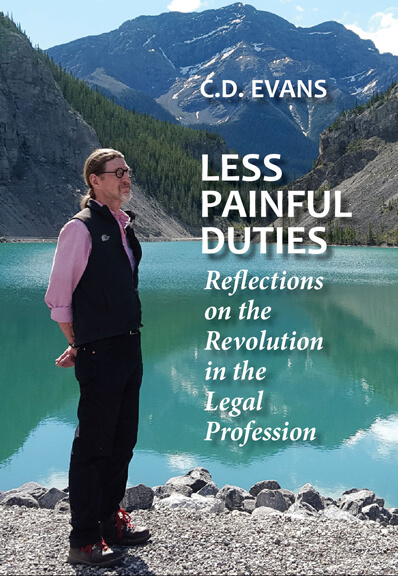