Living in the Tall Grass

In Living in the Tall Grass: Poems of Reconciliation, Chief Stacey Laforme gives a history of his people through stories and poetry to let Canadians see through the eyes of Indigenous people. In it, he hits hard on matters of residential schools, the environment, suicide among Indigenous youth, domestic abuse, and so on, but also writes poems of love and hope. Chief Laforme’s universal message is, “We should not have to change to fit into society, the world should adapt to embrace our uniqueness.”

Stacey Laforme was born on a cold December morning into a life of alcoholism and abuse. At fifteen, he left home and lived on the street, eventually finding a home with both of his grandmothers. He started his first job at twelve years old, eventually going into the family business and joining the iron workers union. He attended college late in life. He ran and was elected Chief of the Mississaugas of the Anishinaabe in December 2015. Chief Laforme says, “I am dedicated to my people, and to all the people who live within our treaty lands.” In 2017, Chief Laforme became only the third Honorary Senior Fellow of Massey College, Toronto, joining The Duke of Edinburgh and The Chancellor of Oxford University in the rarest honour the college bestows. 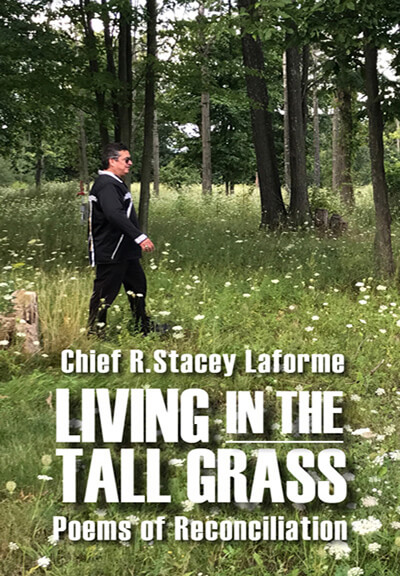