Rumblesat Art From the Edge of Space

Now that the RumbleSat Art has journeyed to the edge of space and been successfully retrieved, a beautiful full-colour book is available to celebrate this accomplishment. Featured in the book are the works of every one of the over one hundred artists who created original art for the launches, along with a selection of writings by the artists. and "I Don't Know Why We Put Art in the Sky," comic by Curator Rich Théroux are featured and "We Are Not Alone," a short story by Flight Captain Jim Parker are featured. 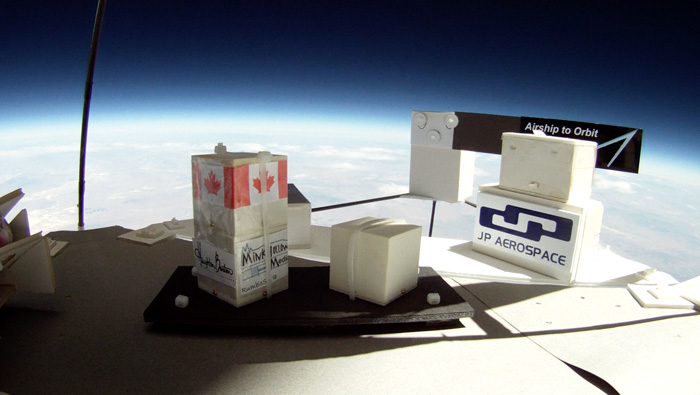 The two RumbleSat I (a and b) missions were stratospheric balloon flights that soared to heights of 35 km. above the earth. Sixty-four small artworks (12 x 20 cm) completed their flight with the Canadian Space Agency payload in April 2017, hitching a ride with their AUSTRAL 2017 campaign which flew from Alice Springs, Australia. In May 2017, the second payload of 86 miniature artworks (2.5 x 3 cm) launched from Nevada on JP Aerospace’s Away 123 PongSat. The payloads of art from both of missions have now returned to earth, ready to be installed in three locations.
“The RumbleSat Art from the Edge of Space Exhibition” began a display tour at Rumble House Gallery in Calgary, AB on October 1, 2017 and continued on to The Canadian Space Agency in Montreal; and then to the Canadian Space Society Summit in Ottawa. 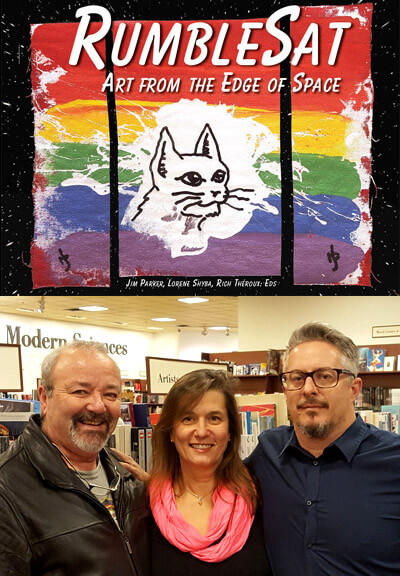