Shadow Hymns is an exploration of photojournalism and foreign correspondence by filmmaker Austin Andrews. Photo spreads in the book include Desert Sundials: Angles on the sand seas of Namibia; Pyramiden: Midnight latitudes of Svalbard, and Frontier Empire of Ascension Island.

Canadian photographer and filmmaker Austin Andrews has profiled stories on six continents for TIME, Foreign Policy, Maclean’s and Intersection, and in the online edition of National Geographic. Previously with The Times newspaper in Johannesburg, Austin has also undertaken long-term projects for the governments of South Africa and the European Union, and his on-the-ground radio dispatches from the war in Afghanistan have been picked up by BBC World News and ABC Radio National. As a film director and editor, Austin’s films have screened at festivals around the world and the feature film Summer of ’84, which he edited, has been chosen to screen at the 2018 Sundance Film Festival. 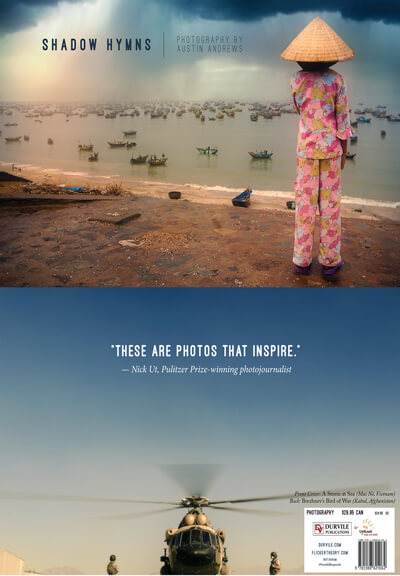