The Tree by the Woodpile

And Other Dene Spirit of Nature Tales

The Tree by the Woodpile, the main story in this charming book, is about a Dene First Nations boy who is told an enchanting tale by his grandmother about how a tree by the woodpile provides food and shelter for the birds and animals of the North. The story is suffused with Newet’sine, the Creator and Spirit of Nature, who brings a message of how we must to cherish our land. The Tree is written in English and Dene for middle-grade children, ages 7 to 12. Other stories in the book are “The Wolf,” and “The Mountain, the Wind, and the Wildflowers.”

Raymond Yakeleya is an award-winning Dene author and film producer and director originally from Tulita in the Northwest Territories, now residing in Edmonton. His award-winning documentary films including We Remember for CBC and The Last Mooseskin Boat for NFB have screened at festivals around the world. He has produced five national television series and is currently in production on a sixth. Says Yakeleya, “Canada’s Indigenous people need to have a voice in mainstream media in order to tell our Peoples’ stories, our way. With the passing of many of our Elders, the telling of these stories is more valuable than ever.” 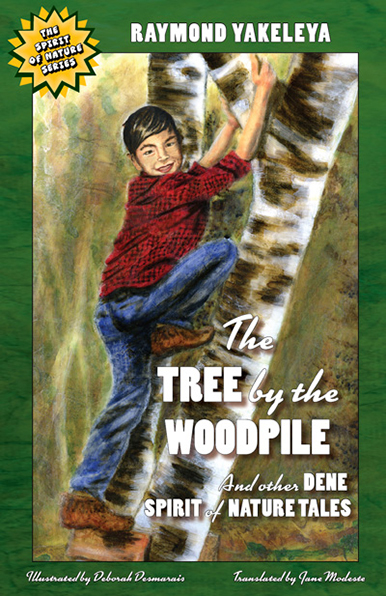