Enjoy a reading of John Murrell's Foreword from the book. Narration by Andy Curtis. 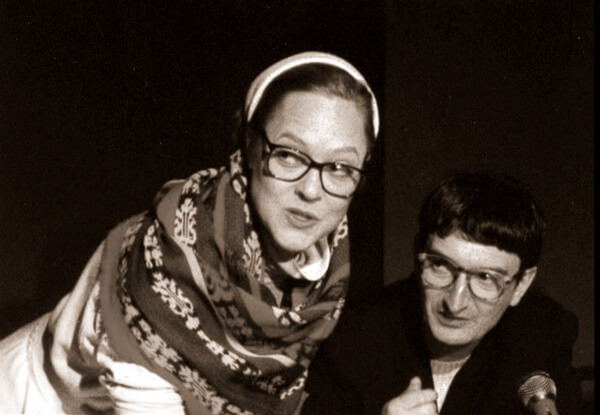 “These stories, whether they’re real or imagined,
are interesting stories anyway!”
— Blake Brooker

There is no doubt that Blake Brooker’s sharing of his childhood totemic fetish, his one-eyed yellow bunny that gave us our name, played a big part, along with the alchemy of the people and their skills and aesthetics, in giving OYR a sense of destiny and purpose. We have been and remain forever charged by the notion of uncensored, imaginative play with one another and all manner of fetish like interests can be held accountable for various pieces in our body of work. One that stands out was the result of Michael Green’s utter attachment to the book, Communion: A True Story by Whitley Strieber, a terrifying and thrilling book about alien encounters. He talked about it incessantly and was so driven by the feelings it elicited in him that he became an amateur ‘UFOlogist’, attending conferences and collecting as much data about the various phenomena surrounding UFOs as possible. For years, the rest of the company had humoured him, teasing him about his dressing room staple reading; The Fortean Times magazine, a quarterly publication of the genuinely weird and supernatural, and about his fetish for aliens. But eventually the seriousness with which he conducted his research began to impress us, so much so that we made an eerie investigation in a show called Alien Bait. 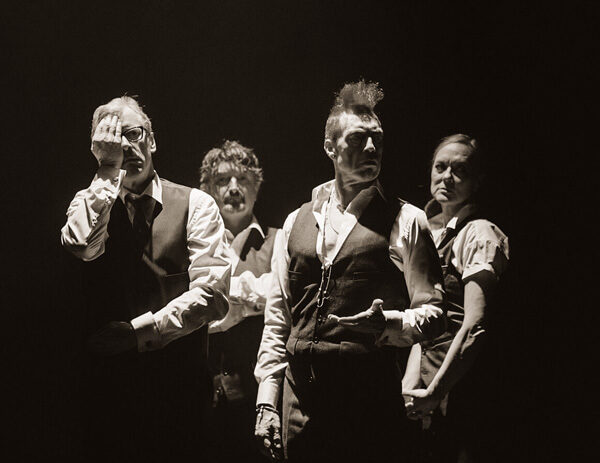 WHAT THE THUNDER SAID

The OYR show What The Thunder Said, is a triptych with scene one setting the context, a second scene ballet macabre to Led Zeppelin’s Kashmir, and T. S. Eliot’s The Wasteland as the third panel of the piece. Blake Brooker directed and Andy Curtis, Michael Green, and Peter Hinton joined me to create and perform. Andy, Michael, and Peter are gifted actors but none of them would describe themselves as dancers, yet we committed to this notion of a ballet macabre.

Check out the interview with Denise Clarke >>

Denise Clarke is an Associate Artist with One Yellow Rabbit and is the Director of the OYR Summer Lab Intensive. She has toured extensively in shows she has created or co-created for OYR including Ilsa, Queen of the Nazi Love Camp, Mata Hari: Tigress at the City Gates, Doing Leonard Cohen, Thunderstruck, Sign Language, and Dream Machine. Denise has been recognized by the University of Calgary with an Honourary Doctorate from the Faculty of Arts and in December 2013, she was appointed as a Member to the Order of Canada.”