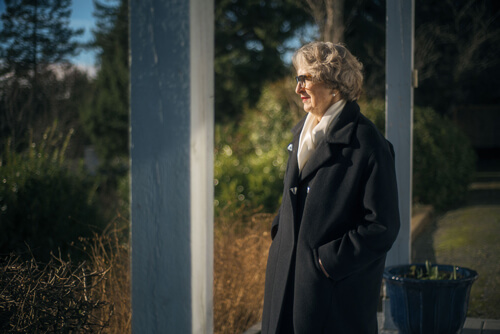 Her memories were half-filled with dreams of bright lights, strangers, and never being able to grasp what was reality. She was on a bed, immobilized, but she was unsure where she really was. Her splintered images of sex with unknown men were too depraved for her to detail, to even say out loud, too unreal to believe. Her husband ridiculed her fears, denied everything, and told her she was crazy, mentally ill. He could have her committed.
She was twenty-one, blonde, gentle and very beautiful. She was like a frightened fawn. Married very young, with no children and no family to fall back on, she was terrified of her husband and his friends. Without a job or money, she was trying to find a way to get out of her situation. She did not know what rights she had under the law.
“I think my husband is drugging me. And then filming me. On our bed, on other beds. Having sex — with strangers.”
This was 1963, nine years before Deep Throat; porn movies existed, but in their own secretive and vicious subculture.
She had travelled from a town north of Toronto to Niagara Falls to see a female lawyer ­— a lawyer far enough from where she lived so no one would know.
I believed her. She had come a long way to seek legal advice, to tell a stranger such things. She had thought of reporting her husband to the police, but she was terrified of his reprisals and his friends, and his power over her. She also knew he had friends who were police. She feared she would be killed.
She wanted legal advice. Divorce? Only if she could prove he had committed adultery. Property? There was nothing in her name. Maintenance? Only if she could prove that he had deserted her or caused her to leave for compelling reasons that she would have to prove. Without proof, her chances were slim. As for criminal assault charges, there was no proof, only her word, and she was too terrified of him and what he would do to her. Who would believe her?
I tried to encourage her to go to the Niagara Police, who would be obliged to investigate and could offer her some protection. But she believed her husband was too well connected, especially with the police. He had too many friends in the right and wrong places.
Her despair deepened. I knew she would never be able to report her husband to the police. She left my office feeling hopeless, I know, and I was feeling helpless. She never returned. I have no idea what happened to her. She haunts me.