From "Weeding Out the Good," by Kaysi Fagan. Narration by Lorene Shyba. 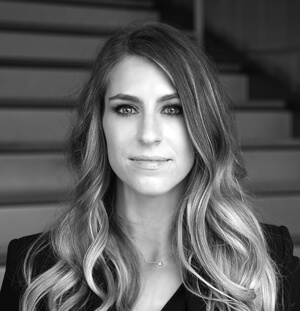 Kaysi Fagan is a criminal defence lawyer who practices in Calgary, Alberta. She obtained her law degree in 2009 from the University of Western Ontario and thereafter obtained two Master of Laws degrees (New York University and the National University of Singapore). Kaysi formerly worked at the headquarters of the International Police (INTERPOL), is a trained firefighter, and has a black belt in Muay Thai.

Weeding out the Good

I have defended many prosecutions under the Controlled Drugs and Substances Act (CDSA). As with anything you do long enough, patterns emerge. The usual suspect in a drug case is male, twenty- to thirty-five-years, middle class, aware of the inherent risks and sufficiently bold, reckless or dull to make the play. Less than fifteen percent of the drug clients I have defended are female, and only one percent operate alone. There is almost always a man involved and, with rare exception, the man will step up and take the heat off the woman at trial in a worst-case scenario. Contrary to the existing tide of public opinion, chivalry is not dead. In the case of Pearl Sanders, however, there was no man — she was my one percent.
Pearl, pushing seventy and grandmother of six, was a late bloomer when it came to breaking bad. She completed high school but never pursued post-secondary training or education. She embraced the so-called ‘free love’ movement of the 1960s and as the 1970s dawned found herself a single mother of three children receiving nominal support. Pearl ultimately succumbed to the inevitable (she married) and for the next thirty years she devoted her life to her husband. In keeping with the statistical norm, he predeceased her in 2012. She thereafter made ends meet by cleaning houses and canning peaches and other preserves which she sold to neighbours out of her kitchen.
If you had occasion to meet Pearl, you would be moved by her sincerity and kindness; she may even remind you of your own grandmother. That is, if your grandmother was charged with trafficking in half a million dollars’ worth of high quality B.C. Bud (‘marijuana’). In Canada, notwithstanding liberal views vis-a-vis this ‘soft’ drug, it is still an offence punishable by a maximum of life imprisonment.
The ‘one-percent’ cases tend to reveal the soul of our criminal justice system. Legal scholars often refer to the ‘one-percent’ as ‘hard’ cases — ‘hard’ because doing justice to a singular accused in a particular case may involve turning a century of established case law on its head; a very daunting task given the quasi-sacrosanct status afforded to legal precedent by our Courts. By way of illustration, Pearl’s case raises the question, What kind of criminal justice system would send a seventy-year-old grandmother to jail? and yet, on the flip side, when it comes to trafficking in a half a million dollars’ worth of marijuana, What kind of justice system wouldn’t? In a hard case, the roles of Crown and defence necessarily assume heightened gravity. The answer to the two questions aforesaid and (most importantly) Pearl’s fate would turn on defence counsel’s ability to convince the Court of the correct nature and righteousness of her cause.

The Police Investigation and Arrest of Pearl Sanders
In August of 2014 the Calgary Drug Undercover Street Team (DUST) received a tip from a confidential informant that Pearl was transporting large quantities of marijuana from a clandestine grow operation in British Columbia to various distributors in Alberta and Saskatchewan. The tip further revealed that Pearl was renting vehicles from a company which, as it turned out, had a feature on their website that allowed public access to rental receipts with the simple entry of a driver’s licence number. Using this website, the police confirmed that several vehicles rented under Pearl’s name had travelled thousands of kilometres in short timeframes, which they believed was consistent with the transport of drugs. The police conducted surveillance on Pearl that corroborated the tip. They also did a ‘garbage pull’, finding large heat-sealed bags (typically used to transport large amounts of drugs) when they searched through Pearl’s discarded trash. The police eventually obtained a tracking warrant allowing them to install an electronic device on Pearl’s rental vehicle which provided the police with real-time GPS coordinates.
On September 25, 2014 the tracking device showed Pearl’s low-profile rental vehicle (a maroon Town and Country van) travelling from Calgary to Salmon Arm, B.C., then just hours later heading back eastbound on the TransCanada Highway. The van was tracked by police to a gas station near Canmore, Alberta about an hour west of the Calgary city limits. Pearl was observed gassing up the van, eating a sandwich (which one observant police officer noted had ‘no crusts’) and then continuing towards Calgary.
At approximately 9:30 p.m. the van pulled into a Costco parking lot in northwest Calgary, where it parked beside a red Ford Focus.