In 1909, Florence Kinrade is, by all appearances, the dutiful daughter of a wealthy Hamilton, Ontario land-owner, engaged to the parson’s son. Intriguingly, she also leads a double life as a vaudeville showgirl in Richmond, Virginia. Holding many parallels with Lizzie Borden, another famous mystery involving a family murder and an inscrutable young woman, Florence becomes the central figure in a gruesome crime—the murder of her sister, Ethel. By digging deeply into contemporary accounts and the testimony from Florence’s high-profile court inquest, Frank Jones’ masterful narrative details the challenges of an upper-class woman seeking a showbiz career, reveals the racism and the little-known “tramp menace” feared by people of the era, and exposes Florence’s mental diagnosis by a famous psychiatrist. Florence’s adventures span the Canadian cities of Hamilton, Toronto, Calgary, and Lethbridge, Alberta, as well as the American locales of Las Vegas, Los Angeles, and Richmond, Virginia. In the book, we discover, for the first time, the secrets of Florence’s inner life, suppressed emotions, and romantic escapades. 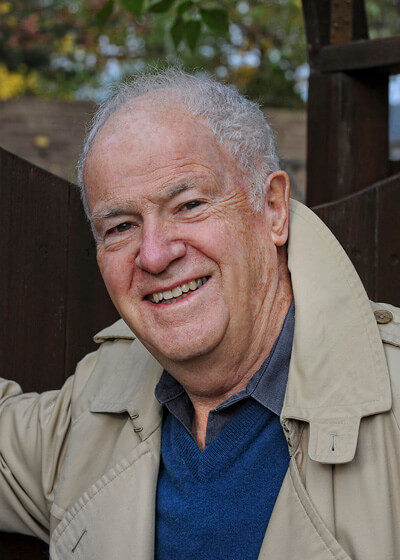 Born in England, Frank Jones came to Canada in 1959 and worked as a journalist for The Winnipeg Tribune, The Toronto Telegram, and The Toronto Star. Jones worked at The Star for some thirty years, was Ottawa bureau chief, foreign correspondent, and columnist, winning a National Newspaper Award for his coverage of the 1973 Middle East War. He is the author of Trail of Blood, Master and Maid, White Collar Killers, Paid to Kill, Murderous Innocents, The Save Your Heart Wine Book, and, with Gordon Pape, Head Start. Jones also contributed a number of radio scripts to the CBC’s Scales of Justice series hosted by famed lawyer Edward L. Greenspan.