Edited by C.D. Evans and Lorene Shyba, Tough Crimes is unique within the genre of True Crime. Book One in the Durvile True Cases series, this collection of thoughtful and insightful stories, contributed by nineteen of Canada’s most prominent criminal lawyers and a forensic psychologist, is about cases that had weird or surprising turns, or that presented personal and ethical challenges.

The cases described in this book qualify as “tough crimes” because of the emotional demands on the lawyers and others involved. Some cases were so sensational and notorious that even decades later, they remain prominent in the public consciousness—echoes of the horrendous facts, names of the accused persons, and issues raised resonate to this day and beyond. Topics include Reasonable Doubt, Murder, and Wrongful Conviction. 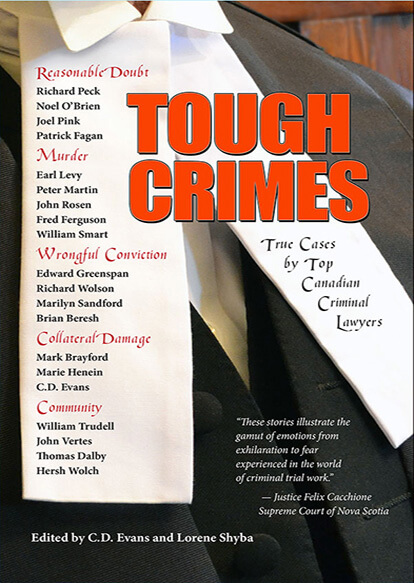