BY JACK BATTEN, Book 6 in the True Cases Series

Full  title of the book is
Ross Mackay, The Saga of a Brilliant Criminal Lawyer: And his Big Losses and Bigger Wins in Court and in Life.

For people who love Perry Mason courtroom dramas and the criminal subculture of Better Call Saul, Ross Mackay, The Saga of a Brilliant Criminal Lawyer is great fit. Two murder trials were held in Toronto in the spring of 1962, only nineteen days apart. The accused man in each trial, one a pimp accused of stabbing a fellow pimp to death, the other a thief who killed a policeman in a shootout, were the last two men to be hanged in Canada. Toronto criminal lawyer Ross Mackay was the counsel for the accused in both trials, a mere thirty years old when he lost them both to the gallows. But the trials were far from the last times that Mackay defended accused murderers in the most horrendous circumstances. Author Jack Batten tells the story of Mackay’s dedication to the maxim that every man is entitled to a defence — a story of Mackay’s courage and the harsh penalties he paid for the daring and controversial choices he made in life and in the courtroom. View excerpts  >> 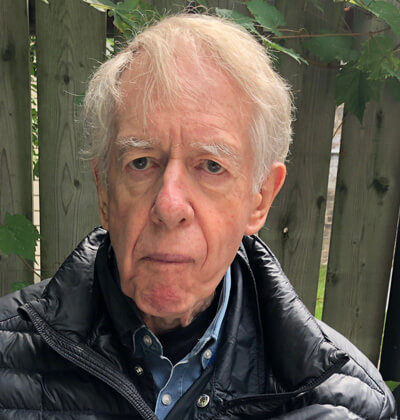 Jack Batten graduated from the University of Toronto Law School, class of 1957, but chose to make his living as a freelance writer. As well as countless articles for such magazines as Maclean’s, Rolling Stone and Toronto Life, he has written more than forty books. Seven are crime novels, and the rest cover a range of nonfiction. These include several biographies. His book about the long distance runner Tom Longboat won the $10,000 Norma Fleck Award. Many of the other biographies portray lawyers and judges in professional action in and out of courtrooms in every region of Canada. Jack Batten lives in Toronto with his wife, the writer and garden designer Marjorie Harris. 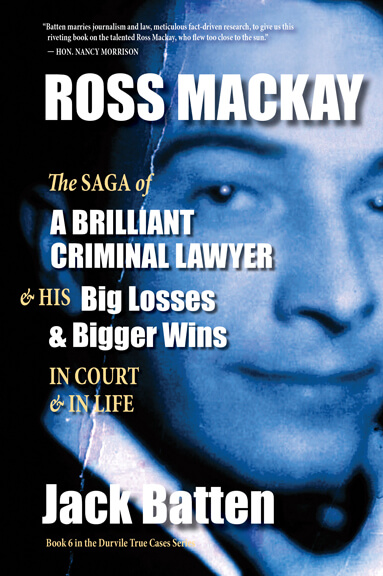