or INDIGO or AMAZON or Direct from Durvile (Shopify)

“No Harm Done is very timely and is a valuable asset as we pursue the synthesis of art and medicine.”
—­ DR. BIN HU, Suter Professor for Parkinson’s Research
“As playwright, dramaturge and teacher, Eugene Stickland is profound, poignant and deeply human; always surprising us with his uniquely comic view of the world.”
—­ JOE NORMAN-SHAW, Director, Company of Rogues Actors Studio/Rogues Theatre

No Harm Done contains the text of three short plays, each an exploration of some aspect of a disease. They are: Closer and Closer Apart, Alzheimer’s Disease; Fade to Light, Stargardt, a form of blindness; and The Last Dance, Parkinson Disease. The first section of the book contains the plays themselves and Stickland’s introductions to them, supplemented by commentaries by experts in the medical field. The second section is a guide to playwriting based on teachings the author has been engaged in for decades. This section also includes a how-to approach to writing a play for a specific cause or event. The book will be of interest not only to theatre practitioners and students of playwriting, but to students and professionals (doctors, caregivers, therapists, etc.) in the medical field as well.

Born in Regina, Sask., Eugene completed an MFA in Theatre at York University, specifically in playwriting and dramaturgy. He moved to Calgary in 1994 at the time of his first major production at Alberta Theatre Projects of the hit play Some Assembly Required, which went on to have over a hundred productions worldwide. He wrote nine more plays following that during a ten year residency at ATP. Following his time at ATP, Eugene wrote a popular weekly column for The Calgary Herald and in 2015 he published his first novel, The Piano Teacher, which received the W.O. Mitchell Award. He lives alone in the Beltline neighborhood in Calgary. 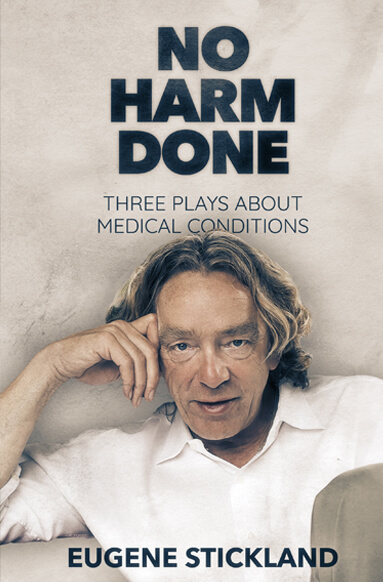